Went out to the farm to check on a few things this afternoon. 2 exciting developments:

1. I peeled back the mulch and discovered that the garlic is up! 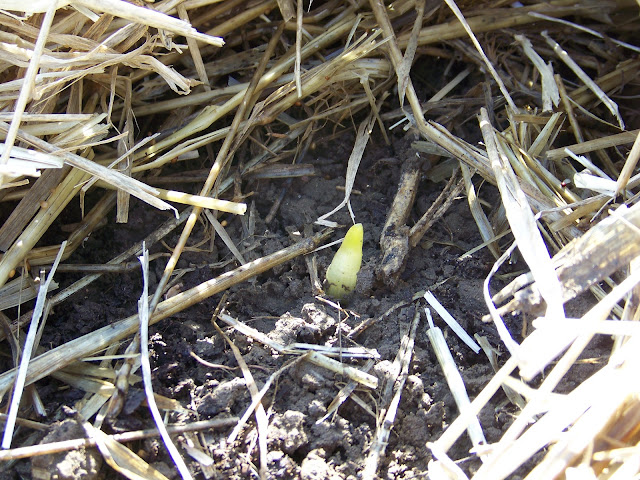 2. Both bee hives survived the winter! If you look closely at the 2nd pic you'll see that 2 of the bees have bright yellow pollen stuffed in their upper leg pockets. I'm so curious what's flowering already... 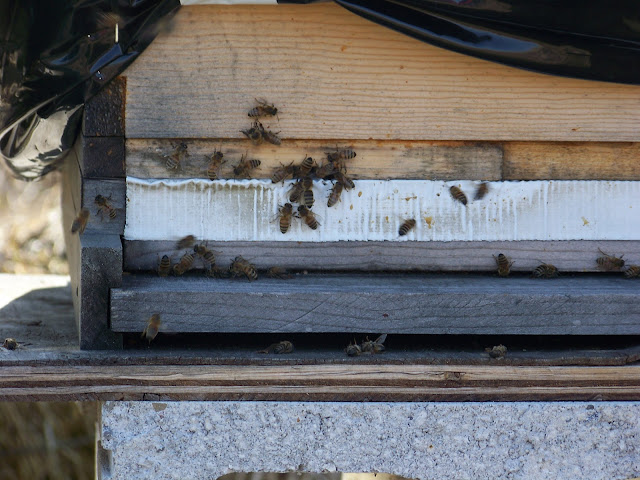 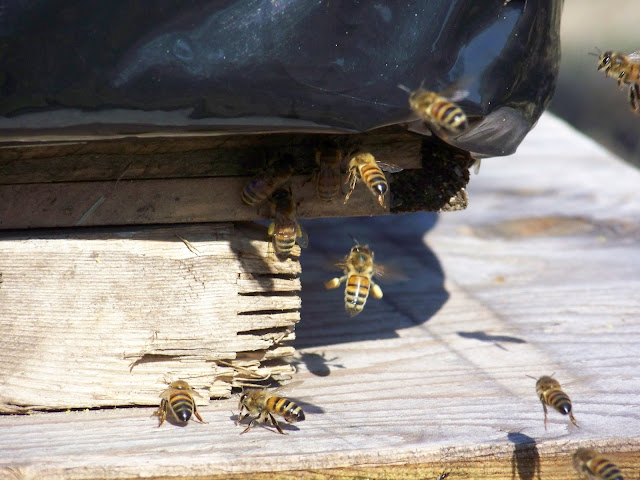 And it begins again 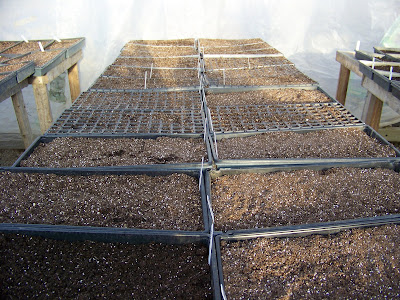 The smell of potting mix is pretty intoxicating in the spring (in fact, an article I read recently suggests that a particular microbe found in the compost acts as a mind-altering drug inside the body, functioning as a mood elevator when we breathe it in! - I always knew I could get high on good dirt!) I just spent an awesome day up at reroot organic farm where I grow my seedlings in Caitlin's heated greenhouse until the weather warms up enough to bring them home to the (unheated) greenhouse at Fertile Ground. It made me pretty happy to be up to my elbows in potting mix, then dropping the first little seeds of the season into the trays.

47 flats are now seeded: onions, shallots, leeks, celeriac and perennial herbs. If you wonder in October why leeks and shallots are so expensive, it's because by then growers have been caring for them for 7 months!!

In 2 weeks I'll be starting the next round: some of the flowers for the cut flower bed, the 1st planting of lettuces, and the peppers and eggplants for our Annual Seedling Sale at Little City Farm.

Here's our greenhouse set-up crew: me, Jenny and Caitlin from reroot, and 2 of Jenny's friends who were helping her move up to reroot from Toronto that day. 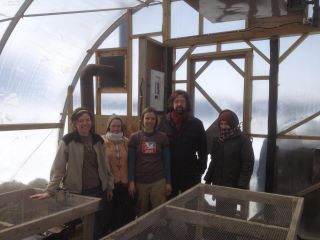