1 good reason to vote in the upcoming Municipal election

I always vote in the municipal elections, but I'm aware I'm in the minorty. Really though, I'm amazed so few people make it out. Municipal elections are our chance to elect people who will shape local policy - the stuff that really affects our lives in day-to-day-ways. I know the rosters are usually a bit overwhelming with so many positions & so many people to become educated about. You don't have to vote for every position though if you don't feel well-enough informed. I'm going to give you 1 good reason to make it out on voting day (Oct 25): CSA member Jason Hammond is running for Regional Councillor. If you don't know Jason, know that he is an avid supporter of local food, public transportation, climate change activism, alternative energy & basically all things green. I've known Jason for years now & have always been impressed by just how active he is in the local community and national policy arena, advocating for and working towards environmentally pro-active policy. His blog is here: http://jasonhammond.ca/blog/  (Scroll down for a post about Fertile Ground & Jason's vision for a strong local food system). Even if you just put one X in one box, please make it out on the 25th & do our Regional community some serious good.
Posted by Angie at 3:59 PM No comments:

I suppose this post is in the wrong order - I shouldn't really have been writing about clean-up before a note to celebrate the awesomeness of peak season harvest! Here's some pics that tell it all: 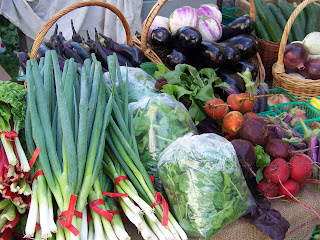 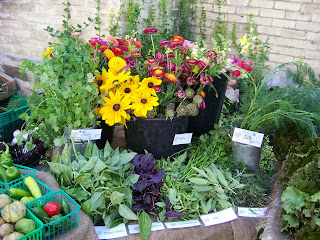 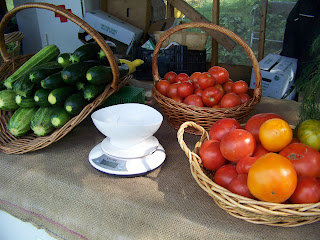 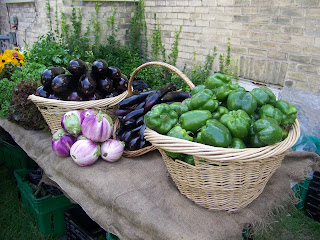 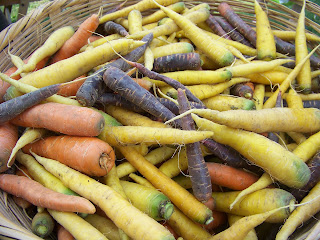 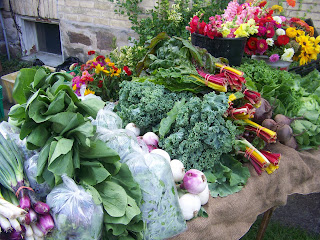 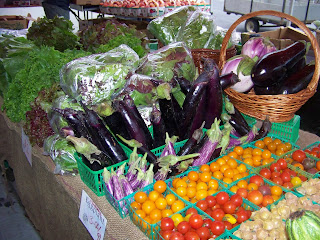 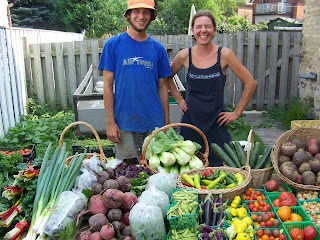 We've got pretty much everything coming out of the ground right now - roots, leafy greens, little pints of tasty fruits, voluptuous peppers & eggplants.... Eating is SUCH a pleasure this time of year!!
Posted by Angie at 3:55 PM 2 comments:

It being officially September, I'm finding myself thinking ahead more & more frequently to this season's wrap-up, and even to plans for next year. It's quite the juxtaposition - just as we're in the peak throes of harvest time, my mind is jumping ahead to thoughts of clean-up, sleep, and starting over. Maybe that's because I'm tired. Maybe it's because the fields, too, look tired by this time. All that gorgeous spring freshness has passed and the plants - even the ones in full production - are looking past their prime. It might also be because most of the thinking work is done for this year - we're just following through on plans now. The planting is done. The weeds are mostly taken care of. The plants tell us when it's time to pick them. Our bodies are working hard, but if I want to think, I have to think ahead to 2011.

I've been mowing crops down and sowing cover crops (just oats & clover so far - fall rye will go in soon). Here's a few pictures of the 2010 clean-up efforts: 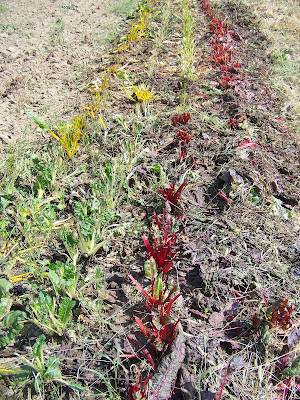 Mowed zucchinis (they were ridiculously splattery flying out of the Bush Hog - very fun): 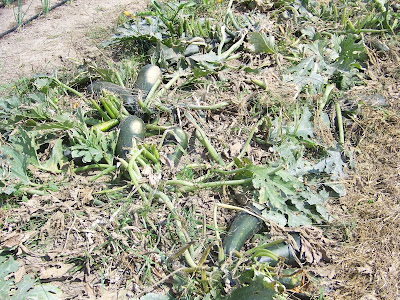 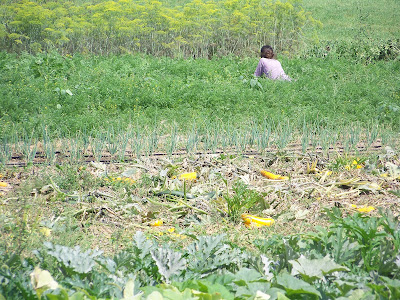 Oats & clover coming up where the spring lettuce & peas used to grow: 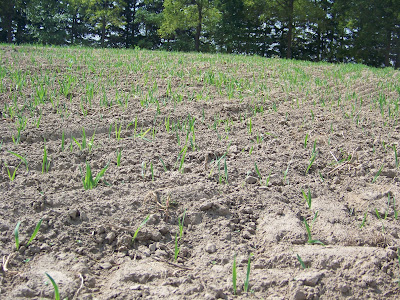 I'm feeling super-satisfied with how evenly the oats & clover distributed together through the broadcast seeder. Now to see if the clover gets established enough to survive the winter. If so, the oats will winterkill but the clover will provide nice, green, nitrogen-rich cover in the spring. Hooray for experimenting and having things to look forward to for next year.
Posted by Angie at 4:31 PM 2 comments: